The Race car underwent many upgrades and modifications over the winter period and was almost stripped down to a bare shell and rebuilt with a complete new wiring loom and Cartek control system, a new dash, all the windows replaced with Plexy Glass and as much removed and stripped from the car as possible, estimating a weight loss of nearly 60 Kilos. We even removed all the ABS system and the Power Steering in the process. The ECU was replaced with a standalone Link G4 which has now given us even more tuning possibilities with the car (still running a stock engine), pulling 260BHP at 1.1 Bar, although the completely forged motor is taking longer than we anticipated, and expect it to be in for Brands and hopefully pulling over 300BHP. The Throttle body has been changed for a Nissan S15 Manual Throttle body and an all new rear Coil Over System specially designed by Bilstein for the car that now gives us adjustable ride height and damping, with fully adjustable top mounts for caster and camber. We also changed tyres to the New Toyo R888R as we needed to go for a wider contact patch to try and get down the extra power.

Testing the car for the first time under load under race type conditions, the car gave us a few issues, having to make minor adjustments here and there, but the biggest issue being it was overheating and with the new ECU that meant that when it started to overheat, the ECU would pull back the power dramatically. When it did run at the correct temperatures, the car flew and we could see the potential for this forthcoming year and hopefully be able to surprise a few more people on the grid. We called it a day when the rain started to fall and with the car now running hotter all the time, it was felt it would be better to get it back to the workshop and the Dyno to further investigate. It was also nice to see the Toyo tyres worked similar to the Yokohamas used last year and will see how they fair during the season.

We also welcome a new sponsor for this year being; Igloo Thermo Logistics who are Refrigerated Courier Experts based on the same Estate as we are.

After the overheating issues during the test day, we put in a new Thermostat and changed the fluids, making sure the system was also bled properly with no air locks. The radiator was also modified to change the flow of the fluids through hoping to help any further issues.
The car had been on the dyno and tweeked some more prior to the race and the issues of the overheating did not show themselves again so all seemed well for the race.

Qualifying started well and keeping an eye on the temperature, everything seemed to be okay. We planned to do a pit stop to see if the pit lane speed control system was working as didn’t want to get caught out and came in with the temp nudging higher but thought would all be okay. Back out and speed control proven to be working, the temperature started to creep and again we had an overheating issue, but carried on till the end of the session, with Rob putting in the fastest lap on lap 9 of 12 qualifying 15th on the grid for the race.
A decision was made to remove the thermostat for the race to see if this would help and with the system bled Rob went of to the holding paddock prior to the race.

On the sighting lap, the temperatures seemed to be good and at the start Rob got of to a great start, passing a few cars in to the first corner and for the first few laps battling with an Alfa and a couple of Porsches and the Lotus of Tina. However the temperatures started to sore after a few more laps and Rob had to manage the car and in certain areas the temperature would come down and then he could get on the power again, and when the temperature started to increase the ECU would kick in and hold the power back.

Coming in for the pit stop, it was decided there was nothing else that could be done and it would be better to go and finish the race, nursing the car around as best as possible, with Rob still finishing 16th overall at the end of the race. 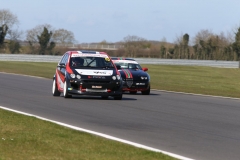 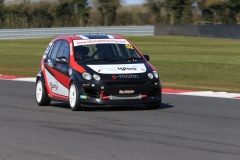 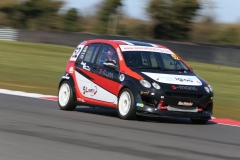 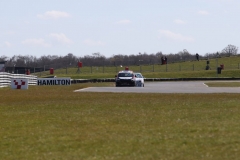 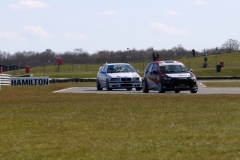 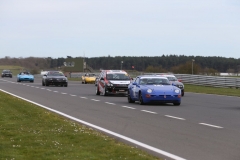 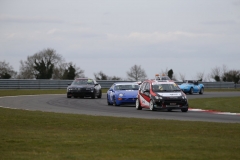 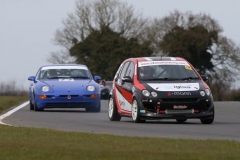 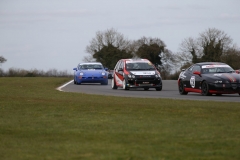 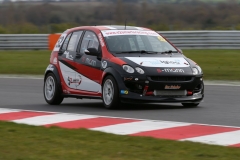 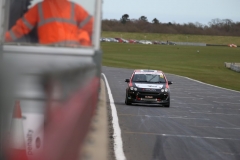 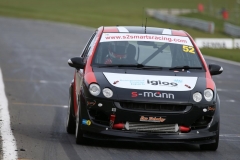 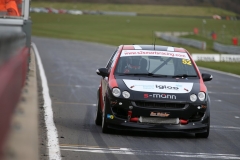 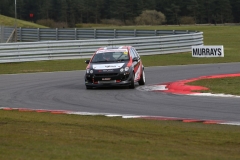 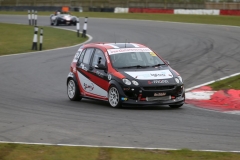 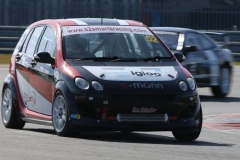 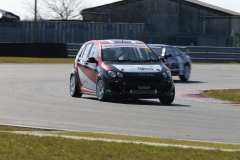 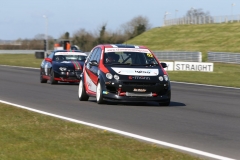